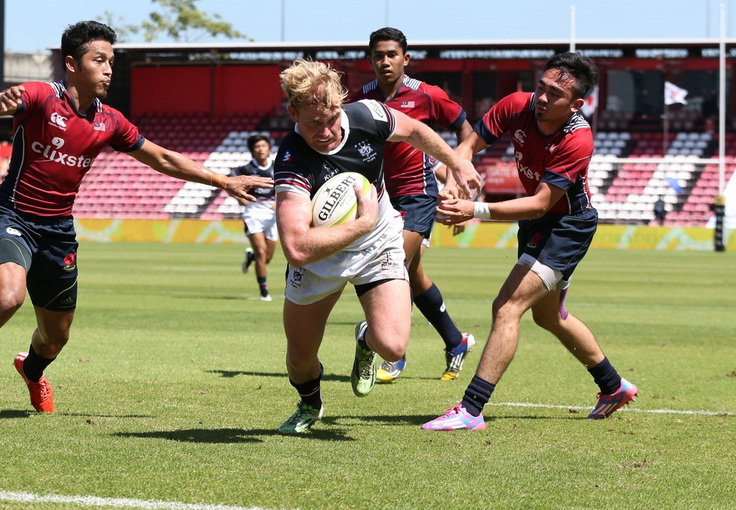 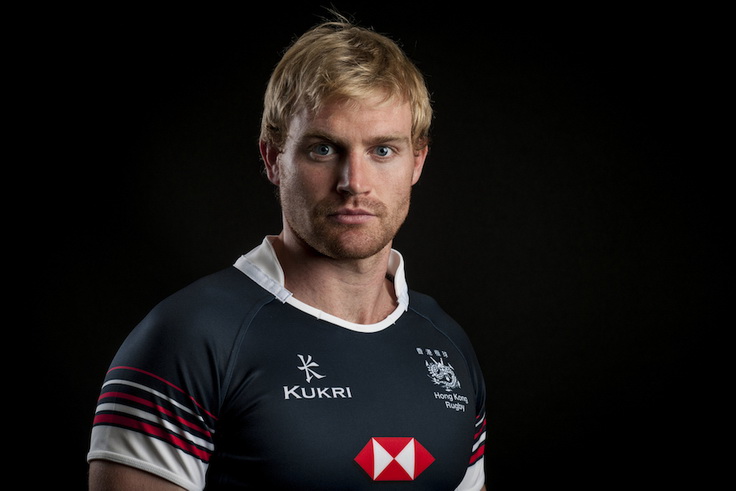 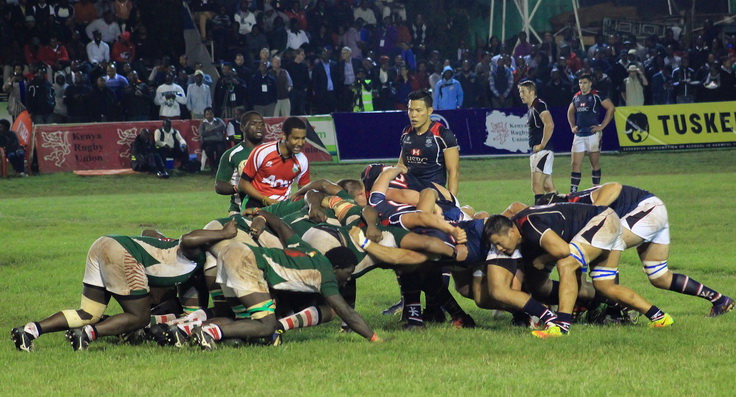 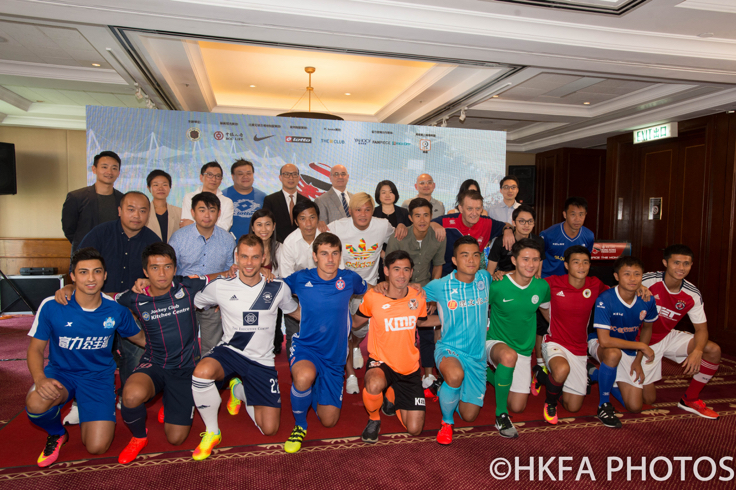 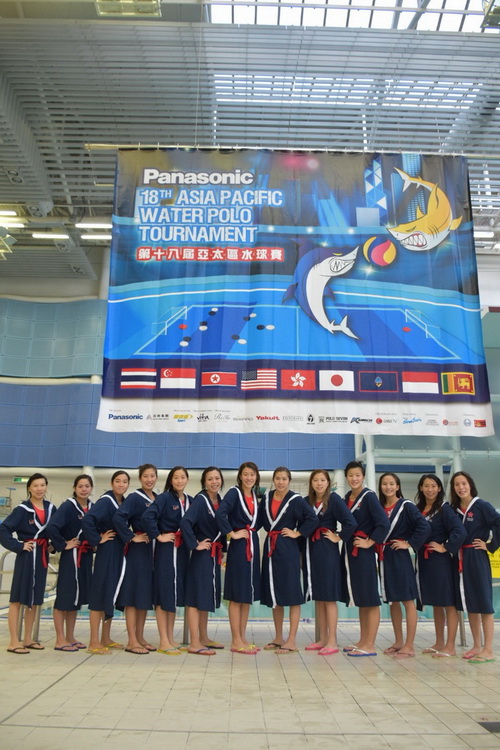 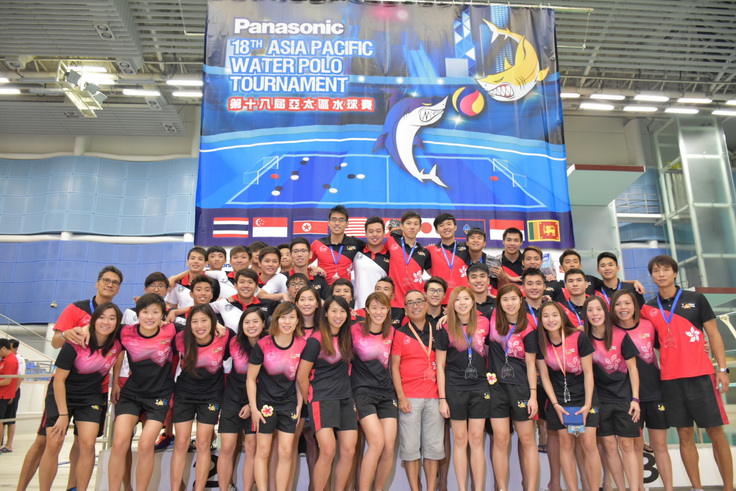 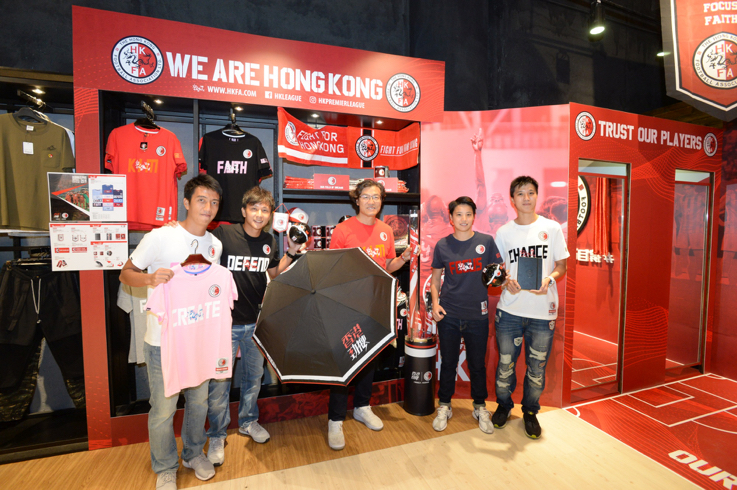 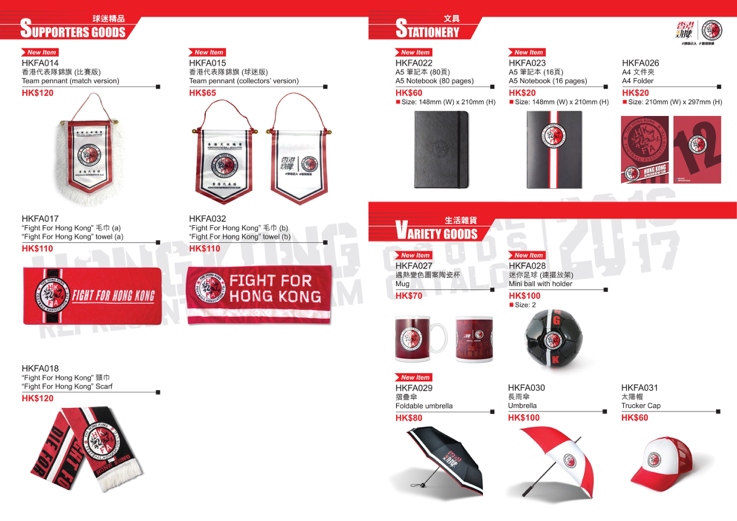 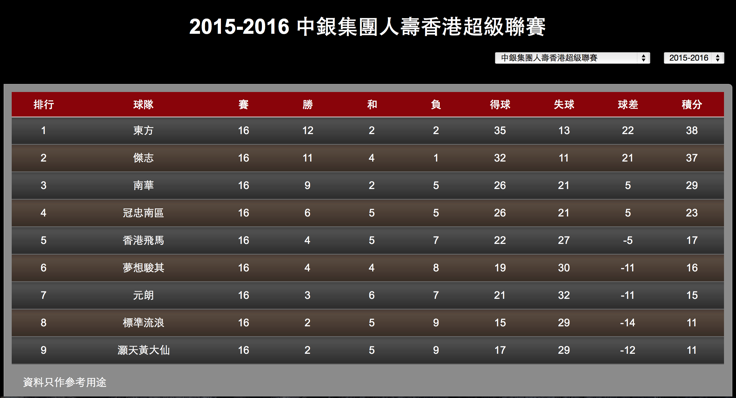 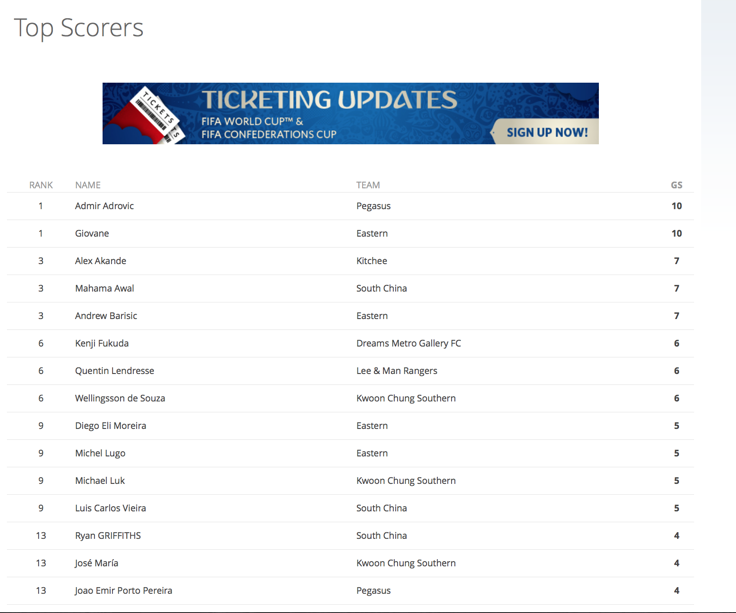 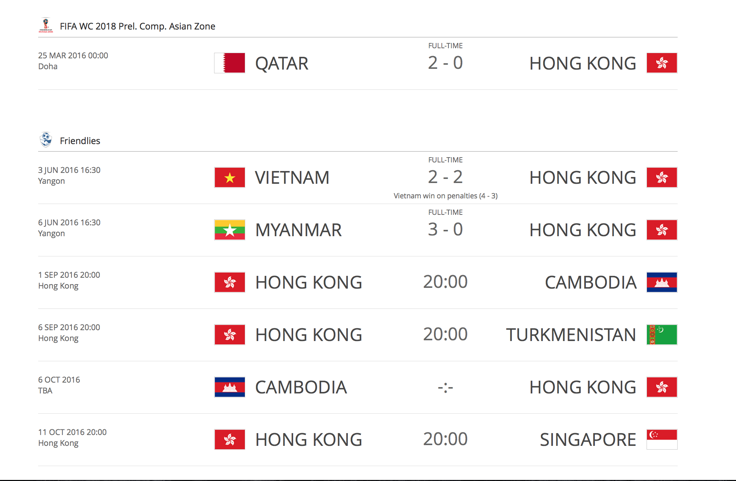 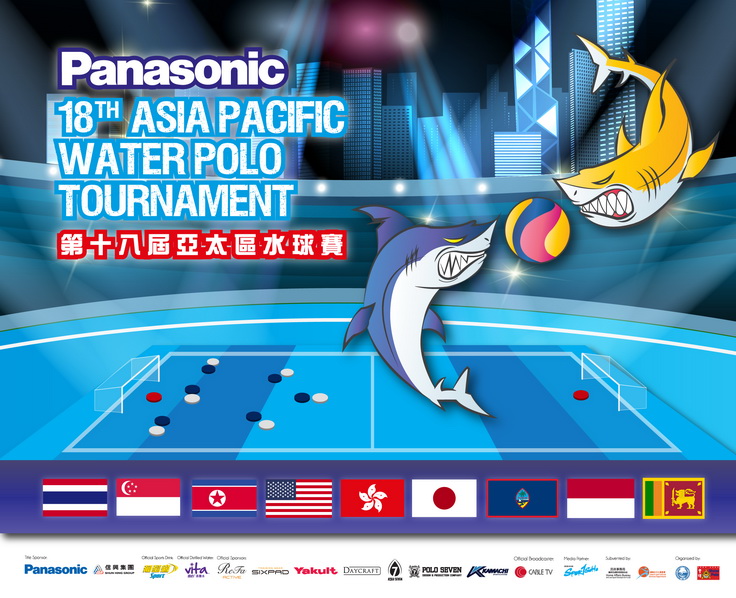 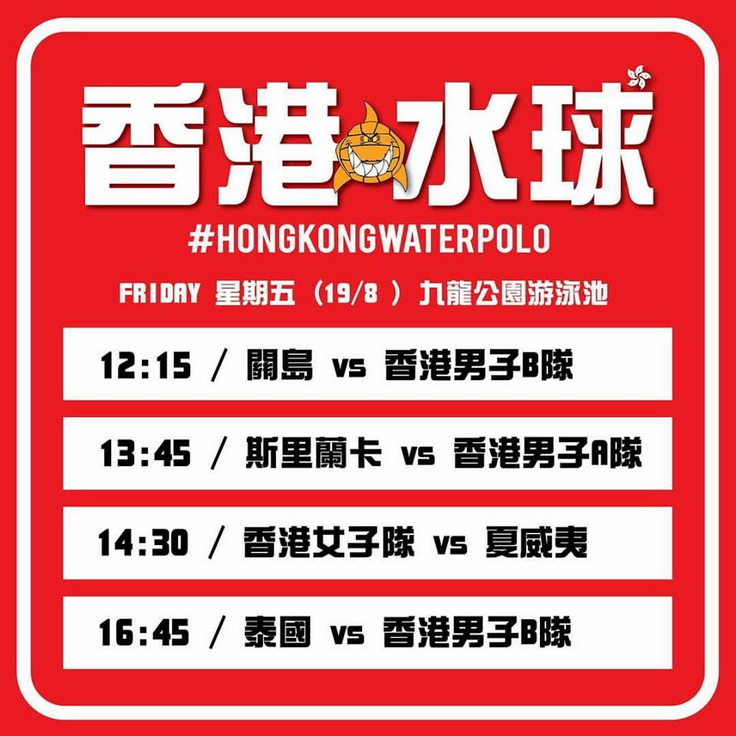 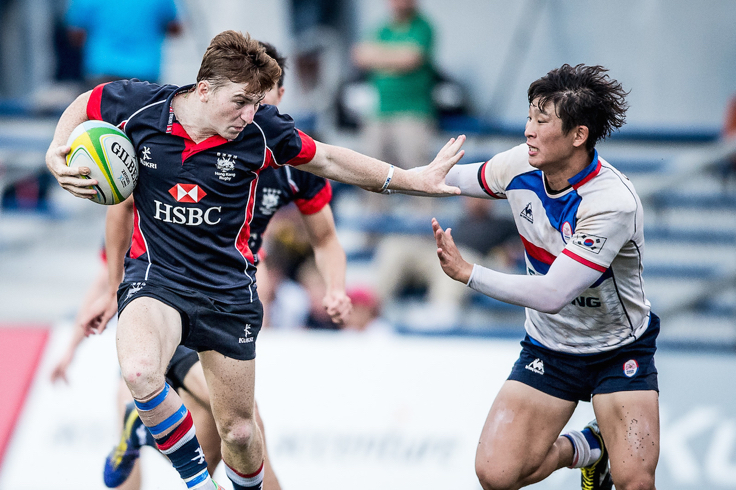 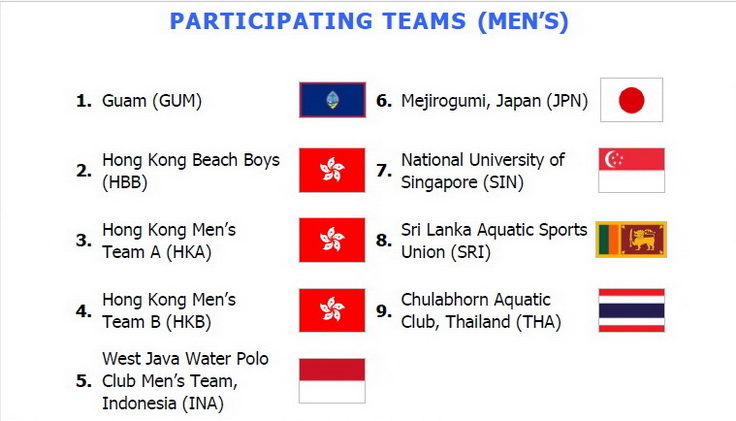 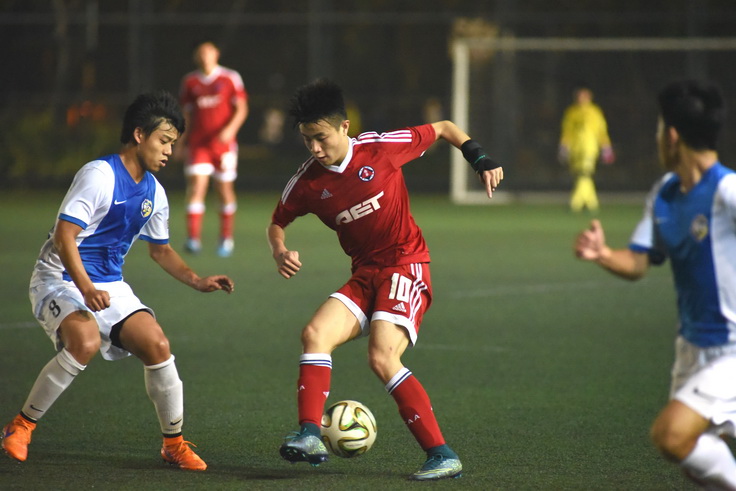 The victory sees the men’s U20s finish in third place on this year’s Series – relinquishing the Asian title for the first time in two seasons.

Hong Kong’s Women’s U20s finished in second place on the 2016 Series behind Thailand after losing today’s three-match head-to-head series – two games to one.

The men avenged a disappointing finish as plate champions in the opening tournament in Johor Bahru by running rampant through the Hong Kong competition, averaging 34 points across their five matches and posting a points differential of +138 (171 for to 33 against) over the two-day competition.

A gutsy display in the cup semi final saw Hong Kong come back after trailing Malaysia 7-0 in the opening seconds and 14-5 entering the final minute of the half to post 21 unanswered points and claim a memorable 26-14 victory.

Alessandro Nardoni, one of coach Fan Shun-kei’s late call-ups into the side after Malaysia, got Hong Kong on the board after the visitor’s early strike. Nardoni’s third try of the tournament briefly closed the deficit to 7-5 but Malaysia replied in quick succession to extend their lead to 14-5 in the sixth minute. Cameron Smith found the gap in the Malaysian defence late in the half for a crucial try that put Hong Kong back into contention as they trailed 14-12 at the break.

It was one-way traffic in the second half as Hong Kong kept the visitors off the board while two more of coach Fan’s call-ups, Mark Coebergh and Liam Herbert, scored to put Hong Kong into the final 26-14.

The win set up a showdown with Sri Lanka who had looked the form team throughout Series – winning the opening tournament and also advancing to the cup semi finals in Hong Kong without a loss.

In the cup semi final, Sri Lanka edged South Korea – whom they had also beat in the final in Malaysia – 19-12 to advance to their second consecutive final. But Hong Kong brushed aside the challenge from the highly fancied Sri Lankans, posting a 19-0 lead by halftime before running out easy champions 36-10.

Daniel Archer, who along with Cameron Smith is one of only two veterans of Hong Kong’s 2015 Asian championship side, led the way in the big moment, scoring a first-half brace – which he converted into a hat-trick by the end of the final – to help put Sri Lanka away early.

Archer, who finished as the tournament’s top try scorer with seven, scored twice in quick succession in the first half to turn a 7-0 lead, after James Karton’s try in the opening minute, into a 19-0 advantage by half-time. Not to be outdone, Cameron Smith added a brace in the second half, before Archer notched his third in the 10th minute.

Sri Lanka replied with their first points in the 10th minute before picking up a consolation score at the final hooter as Hong Kong ran home with a convincing 36-10 victory.

“Our performance in the final was superb. We started really well and got on the board early. From there on out, our re-starts, our handling, our rucking, everything was really precise. We just starved them of possession. I think Sri Lanka only had the ball for about 30 seconds in the first half,” said Fan Shun-kei.

“We scored again to start the second half and then the tries kept coming. Once we put up a good margin we were able to get more fresh legs from the bench on and were able to close it out easily,” Fan said.

Hong Kong’s perfect performance at home was not good enough to upset the Series rankings with Sri Lanka claiming the Asian Sevens title, followed by South Korea, who beat Malaysia 24-12 in the third place play-off this evening, in second overall on the series. Hong Kong finished in third place.

The Women’s U20 Sevens struggled in their three-match tournament with series leaders Thailand, losing two of three games today, conceding the Series title to their opponents.

Hong Kong dropped its opening match 19-7 after the visitors took a 14-0 lead into halftime. Up and coming speedster Au King-to made her mark for Hong Kong in her home event today, clawing back a try shortly after the resumption of play. Captain Lee Tsz-ting’s conversion left Hong Kong trailing by a converted try with three minutes to play but the Thai defence held strong snuffing out any chance of a comeback for Hong Kong before running in their third try at the final whistle to take the all-important opening match 19-7. The loss meant that Hong Kong could no longer challenge for the Series title leaving the hosts playing for pride.

In the second match, Hong Kong dropped another heart-breaker, losing 15-10 after taking a 10-5 lead into the break thanks to first half tries from Lee and Rosanna Wright.

The Thais replied midway through the final period leaving the game deadlocked on ten points and setting up some tense final moments. Hong Kong’s hopes of the win were dashed by a yellow card in the sixth minute and the Thais quickly exploited their numerical advantage to crash over for the game-winner as time expired.

Hong Kong broke the duck in the final match running out 10-0 winners with Rosanna Wright collecting her second try of the day in the sixth minute while Au King-to added her second in the 14th minute to give the team something to take from the day.

“I have to give a lot of credit to the girls. They have improved in every game, they did what they were asked to do and they learned a lot along the way. The coaches were pleased that we were able to increase the intensity of our preparations this year and that the players responded positively, but we come away from the Series knowing that we need more time to prepare with them and more focus on sevens-specific skillsets,” Feausi said.

Over half of the squad remain eligible to compete in next year’s competition. The squad members will now enter a wider women’s development programme mounted by Feausi and the Hong Kong Rugby Union, which will see them continue regular weekly training and afford greater attention to the development of core individual and team skills, as they look to go one spot better in Asia next year. 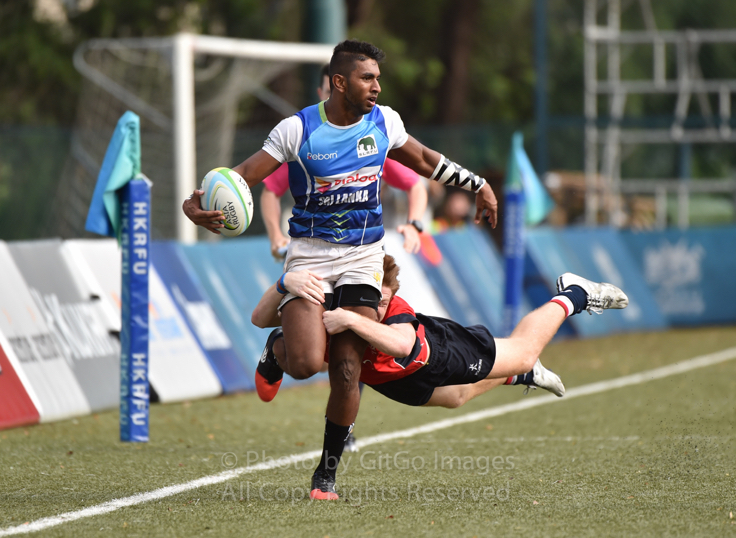 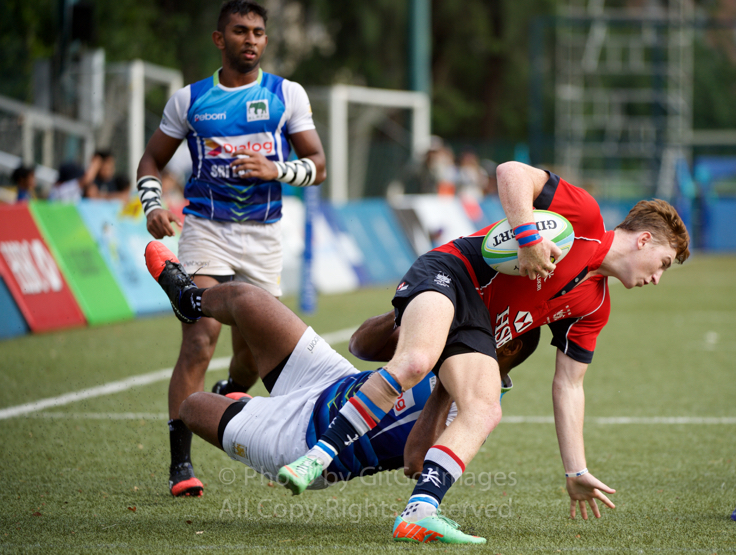 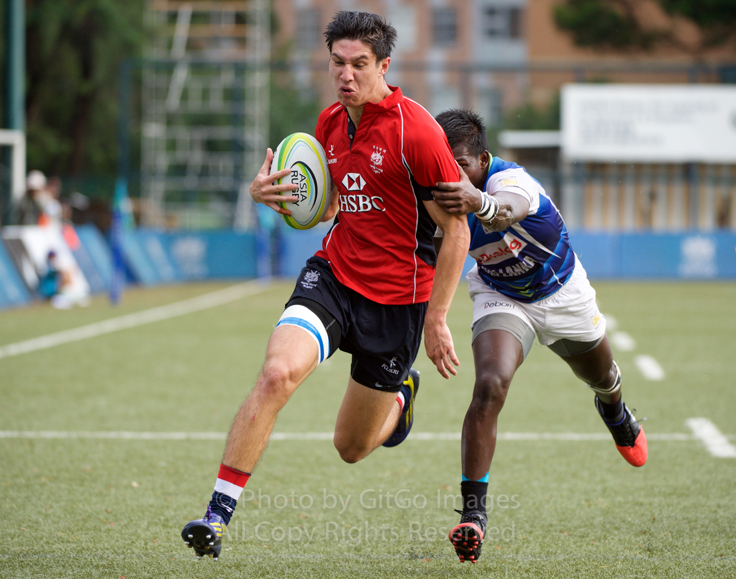 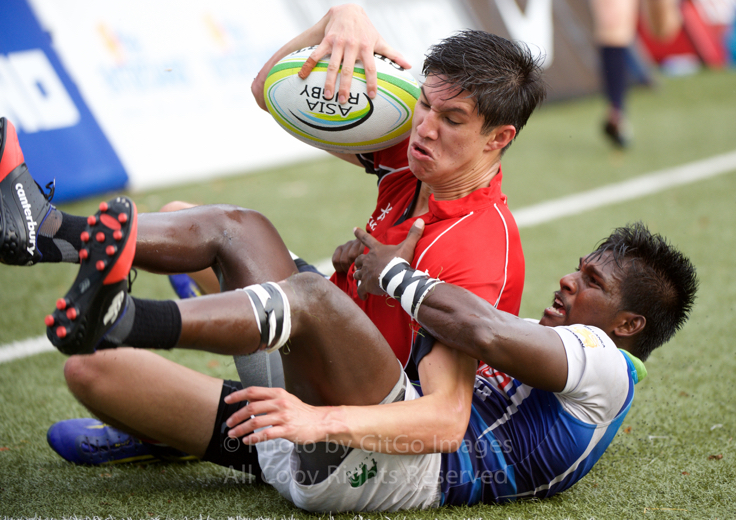 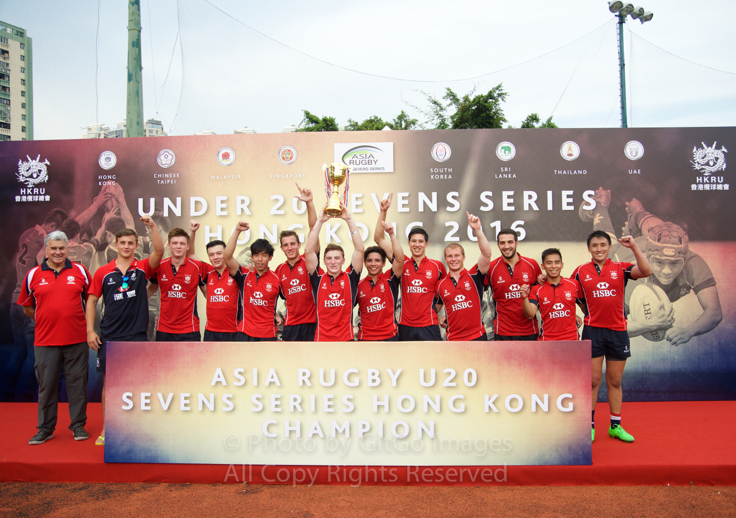 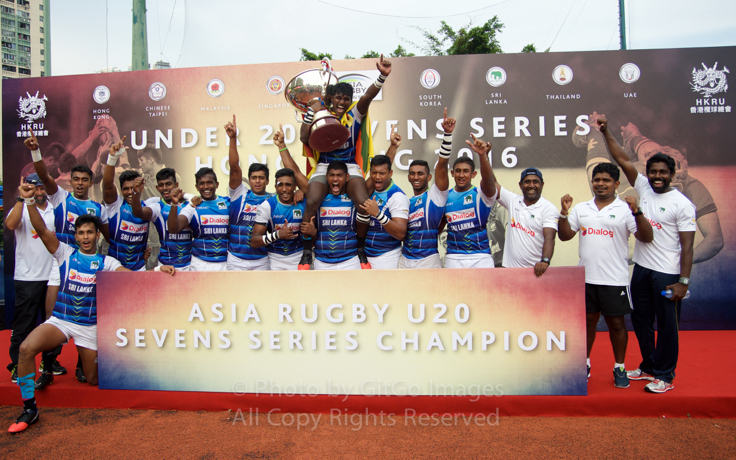 The hosts notched a perfect three wins from three matches to advance to tomorrow’s Cup semi finals against Malaysia (14:28) after being routed to the plate in the opening leg of the Series in July.

U20s Sevens Coach Fan Shun-kei’s decision to call upon some specialist sevens experience ahead of the series finale paid off as Hong Kong posted 109 points while conceding just 10 on day one – making an emphatic statement that the defending champions won’t be pushed around at home.

After falling to the plate competition in the opening leg, Fan called up three members of the Hong Kong schoolboys sevens side that won the Hong Kong Schools Sports Federation’s Asian Rugby Sevens championship earlier this summer in Mark Coebergh, James Karton and Liam Herbert. Fan also added some physicality to the squad in the form of Junior World Trophy veteran Alessandro Nardoni.

All four players figured prominently in today’s action as Hong Kong recorded convincing 36-5 and 40-5 wins over its opening pool opponents Singapore and the United Arab Emirates, setting up a climactic final pool match against South Korea – who had unceremoniously handed the U20s their first Asian sevens defeat in over a year in Malaysia.

This time Hong Kong turned the tables on the Koreans with a resounding 33-0 victory that saw the hosts jump out to a 26-0 lead at the break. Hong Kong dominated from the outset with Archer collecting a first-half brace, including the crucial opening try. Nardoni and Coebergh added first half tries before Chen Po-Yuan collected Hong Kong’s fifth try – his second of the day, after the break. Captain Hugo Stiles posted four conversions to cap the scoring.

“We really improved since the opening tournament, especially in our team performance. We cut out the individual errors, which were hurting us a lot and improved game by game today.

“The boys are much more comfortable in their sevens now and their understanding of each other has really improved. I think that is the reason we were able to beat Korea by such a large score. We are gelling as a side. We knew we needed to beat Korea to top the pool and we played our best match of the Series so far against them,” Fan added.

Hong Kong was paced today by four tries from Daniel Archer, (one of two veterans of last year’s Series winning team along with Cameron Smith), who scored braces in the opening match against Singapore and in the final pool game against South Korea. Smith added two tries this afternoon as did Nardoni, while Coebergh contributed a try and four conversions from his opening outings.

Hong Kong will now play Malaysia in the Cup semi-final tomorrow. “It is going to be a tough semi final. Malaysia have performed very well so far across the Series. They are quick and highly organised. We will need to keep up our level of performance and look to use our physicality as the difference maker,” Fan said as he looked ahead to the Semi final.

The final leg of the Women’s U20s Series will see Hong Kong play Thailand in a three-match round-robin competition tomorrow. Hong Kong, runners-up to Thailand in the cup final in Malaysia need to win all three matches to claim their first Asian Sevens Series title. 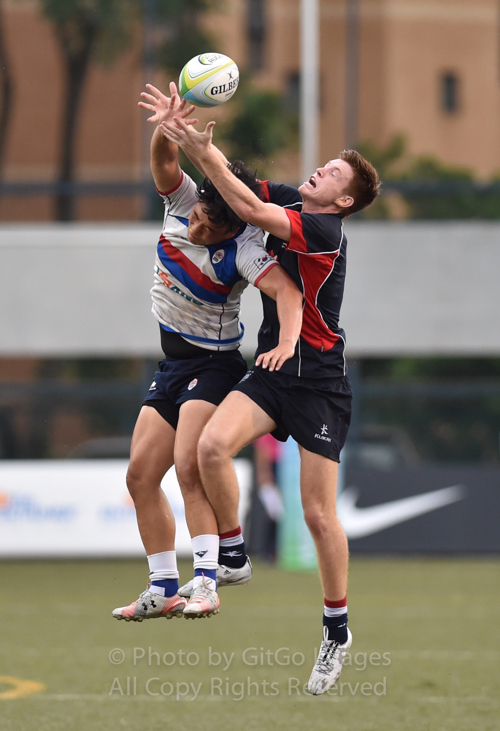 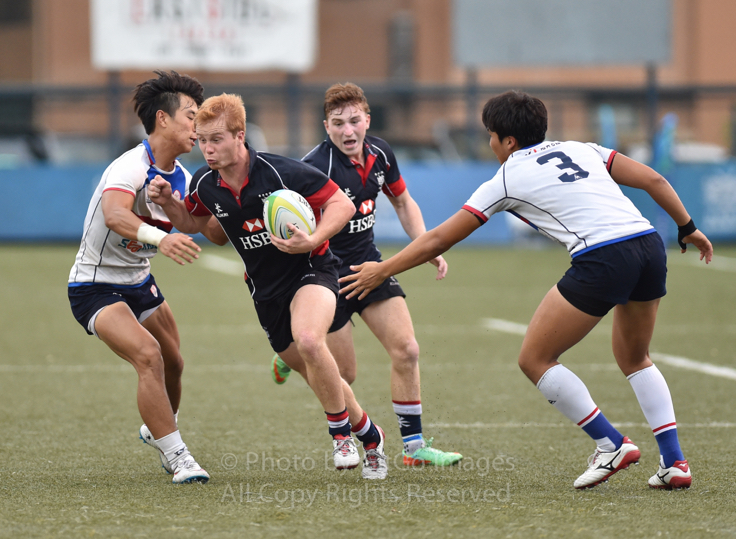 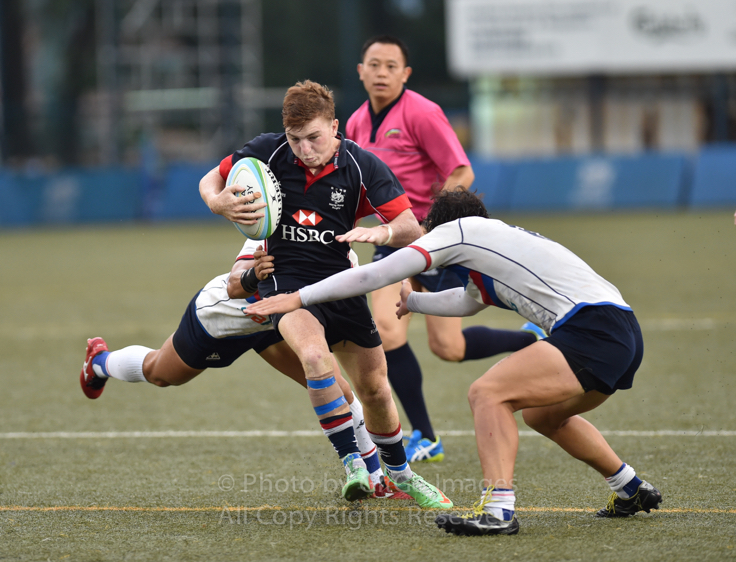 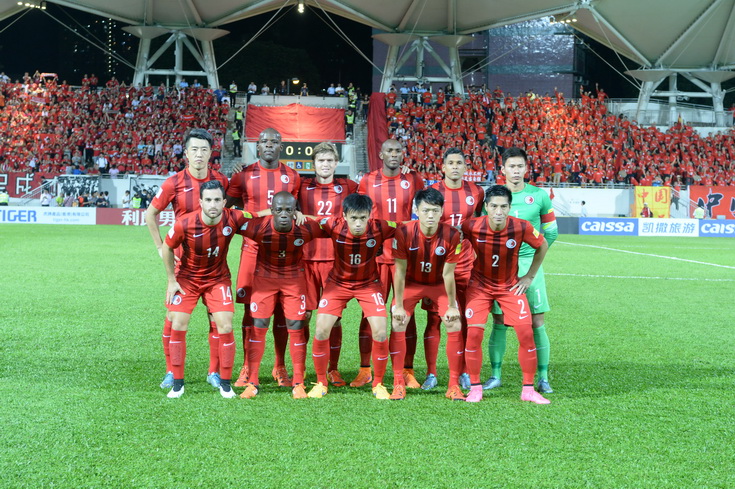