24 JUNE 2020, BANBURY, UK – Mahindra Racing is delighted to welcome Alex Lynn to the team. The 26-year-old Brit, who was GP3 Series Champion in 2014 and is a Macau Grand Prix and Sebring 12 Hours winner, will pilot the #94 M6Electro for the remainder of the 2019/20 ABB FIA Formula E Championship alongside Jérôme D’Ambrosio in the #64.

Lynn has demonstrated his versatility as a racing driver, achieving successes in both single-seater and sportscar categories. He achieved early single-seater championship titles in Formula Renault UK Winter Cup and Formula Renault UK. In 2013 he took victory at the renowned Macau Grand Prix, and then took the overall championship win the following year in the GP3 Series in his rookie campaign.

He is a multiple race winner in the GP2 series and fulfilled a development driver role for the Williams Racing Formula 1 Team. He has Formula E experience having raced with both DS Virgin Racing and Jaguar Racing and has competed in a total of 21 races, with his best result coming at Punte del Este where he finished sixth. 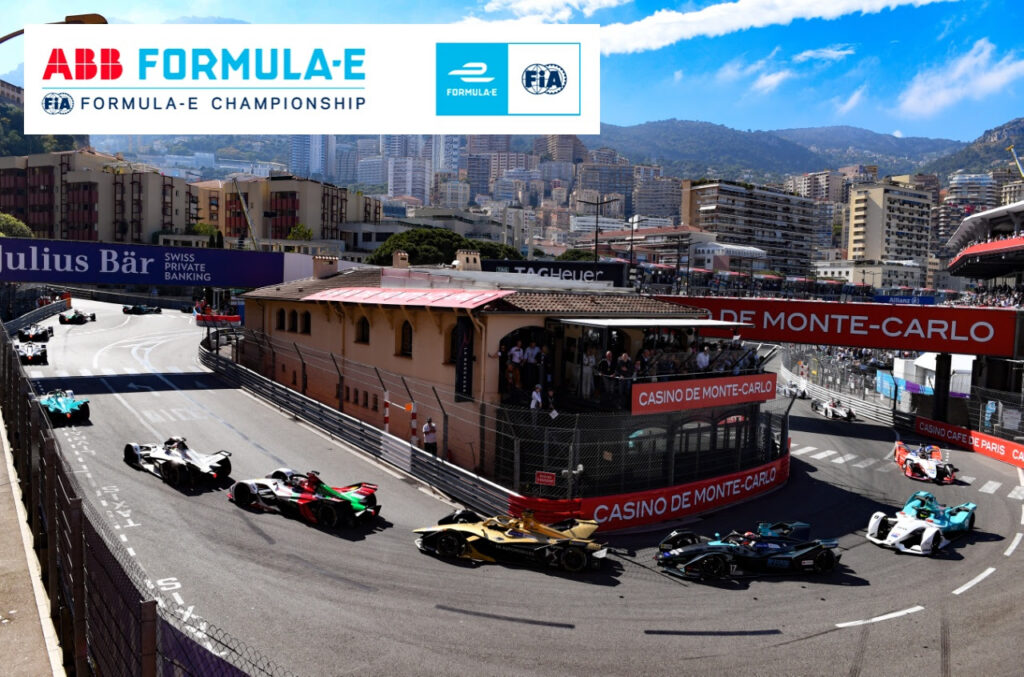 – Seventh season to start in Santiago on January 16 and conclude with two races in London on July 24 & 25.

London, UK (June 19, 2020) – The FIA has published the provisional calendar for the 2020/21 season of the ABB FIA Formula E World Championship, following approval of the FIA World Motor Sport Council.

The season seven calendar was formally ratified by the FIA today, showcasing the list of cities Formula E is currently scheduled to visit in a landmark year for the electric racing series.

Officially being recognised as an FIA world championship for the first time, the 2020/21 season is set to commence in Santiago on January 16 and conclude with a double-header decider in London on July 24 & 25.

Following the season-opener in the picturesque Parque O’Higgins in Santiago, the series moves to Mexico City for what will be the sixth running of the race around Autodromo Hermanos Rodriguez.

From there the championship goes directly to Saudi Arabia for another double-header in Diriyah, and then on to Sanya in China before returning to Europe for races in the Italian capital of Rome followed by the French capital of Paris.

Formula E will next return to the famous streets of Monaco on May 8, with the Principality continuing to host an E-Prix on a bi-annual basis.

The series then sets off to Seoul in South Korea for the first time, before heading to Germany where Berlin will become the only city to have staged an E-Prix in all seven seasons.

The championship will be rounded off in style with a USA-based race in New York City followed by a UK-based double-header in London.

More details on the decisions listed above will be revealed by the FIA and Formula E in due course. 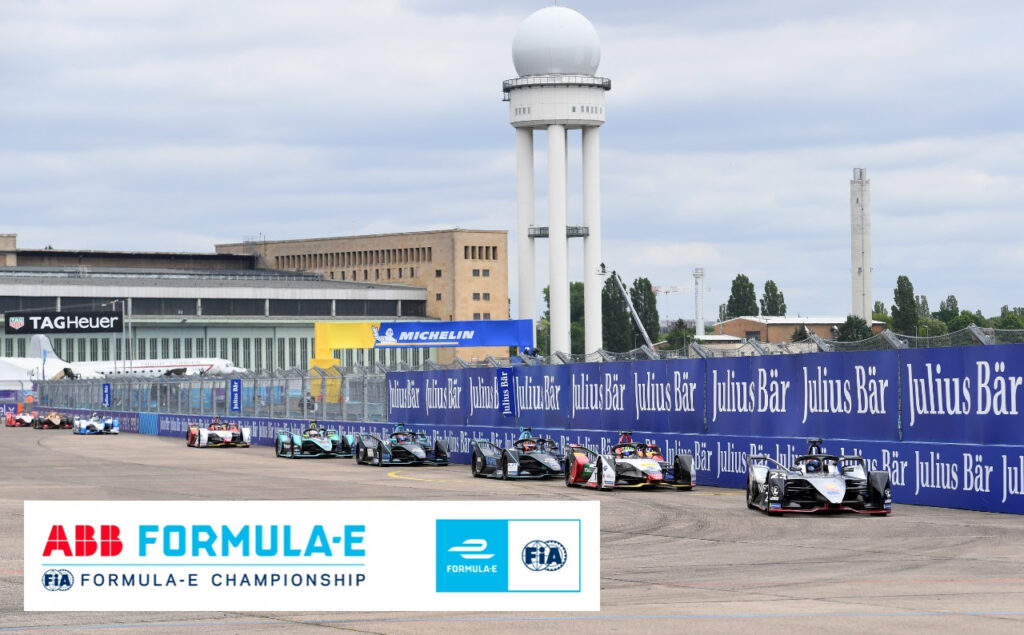 – ABB FIA Formula E Championship to be decided in Berlin at Tempelhof Airport, following approval of the FIA.
– Six behind-closed-door races to take place in nine days.
– Three double-headers on multiple track layouts to be held in quick succession on August 5/6, 8/9 and 12/13.
– Formula E and the FIA to implement strict safety measures to protect staff and competitors.
London, UK (June 17, 2020) – Formula E is set to resume racing in August at Tempelhof Airport in Berlin following approval of the FIA, with six races in nine days deciding who will win the 2019/20 ABB FIA Formula E Championship.
The historic German airfield has been chosen to close out the current season, hosting three double-headers in quick succession on August 5/6, 8/9 and 12/13. Each pair of races will use a different track configuration, presenting opportunities for distinct strategies and the conditions for Formula E’s unpredictable and exciting racing.
Formula E had already completed five races before the season was suspended due to the coronavirus outbreak, with DS TECHEETAH driver Antonio Felix da Costa (PRT) topping the standings, but only 11 points clear of nearest rival Panasonic Jaguar Racing’s Mitch Evans (NZL).
Da Costa will be looking to use the six-race season finale in Berlin to seal his first Formula E title, promoting him onto the champions’ roll of honour alongside his DS TECHEETAH team-mate and two-time reigning champion Jean-Eric Vergne (FRA).
The three double-headers in Berlin will complete Formula E’s revised season six calendar, taking the total number of rounds to 11. With the top-four drivers in the championship separated by fewer points than a single race win offers, it’s still all to play for when the racing recommences in Berlin.
Formula E and the FIA have been working in close consultation with teams and local authorities to define a robust plan to conclude the championship in a safe manner. To mitigate risk, Formula E is implementing strict safety measures including racing behind closed doors with only essential staff and competitors travelling to the event.
As per German government guidelines, there will be a maximum number of 1,000 people on site at any given time, including local suppliers and medical crews. All other operations will be carried out remotely.
Key health and safety protocol includes mandatory coronavirus testing prior to the races, as well as on-site screening every day upon arrival at the track. Formula E will also actively enforce the use of face masks, social distancing and limit movement across workspaces with clearly defined zones for different event populations.
For more information about the full list of measures being put in place, please visit www.FIAFormulaE.com/championship/closed-door-racing
Track configurations and race start times will be revealed in due course on official Formula E digital platforms. 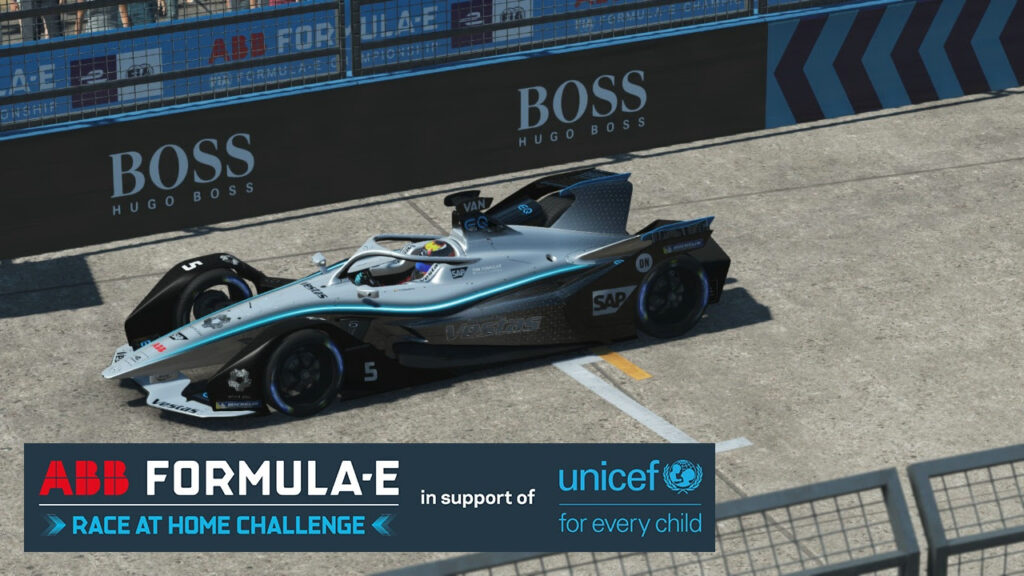 – Oliver Rowland returned to the top step for a second time at Tempelhof Airport to beat Maximilian Guenther to third in the final standings.

– Second place for Stoffel Vandoorne was enough to clinch the ABB Formula E Race at Home Challenge with Pascal Wehrlein being sent into a spin.

– Kevin Siggy kept his cool to win the Challenge Grid Grand Final in Berlin and earn a once-in-a-lifetime chance to test a real Formula E car.

– Small margins for Siggy; just over one second separated Kevin Siggy and Lucas Mueller at the chequered flag, which ultimately proved to be the difference that secured the Slovenian a test drive.

– Flying high at Tempelhof; Oliver Rowland soared to a second consecutive victory at the historic Tempelhof Airport with the Brit beating Stoffel Vandoorne over the line both times in Berlin.

– Double the donation; with double points on offer for the Grand Final, global partner Julius Baer donated 2,000 Euros to UNICEF on behalf of Rowland for setting the quickest time in qualifying. 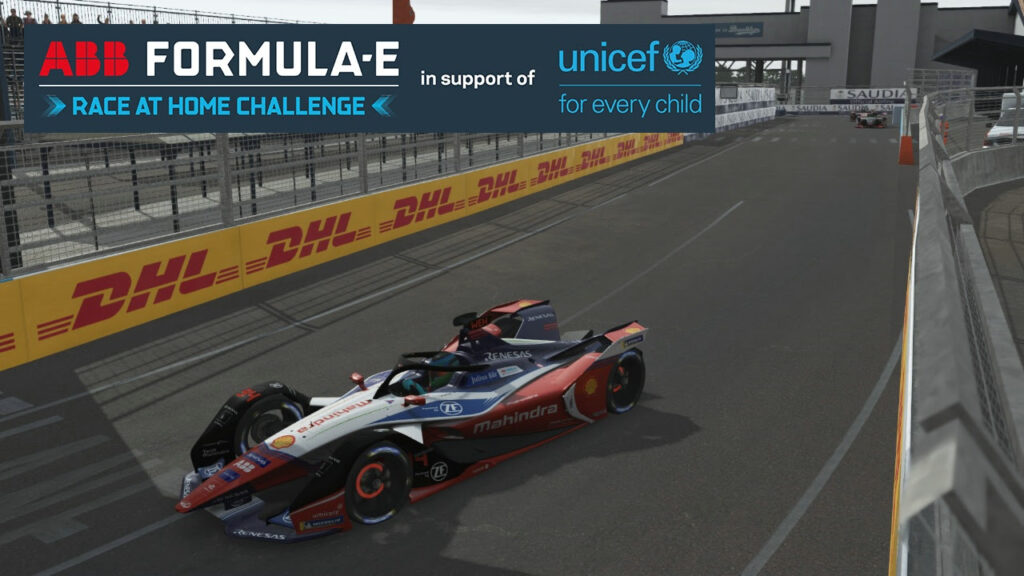 – Pascal Wehrlein took tips from Mahindra sim racing counterpart Lucas Mueller to win the penultimate round of the Race at Home Challenge in New York.

– Mueller went head-to-head with his racing hero Wehrlein earlier this week in preparation for the Grand Final weekend – (watch the full video below).

– Victory as well for Mueller on the Challenge Grid secures the German a front row start for tomorrow’s ‘winner-takes-all’ race alongside Kevin Siggy.

– Double points; a win for Wehrlein gives him a 12-point buffer to Stoffel Vandoorne in second, but with double points (54!) on offer tomorrow the Mahindra driver is still well within reach.

– Winner-takes-all; after accumulating points for seven rounds, the Challenge Grid is set with Kevin Siggy and Lucas Mueller locking out the front row in the fight to win a Formula E test drive.

– Back to Berlin; the German capital is the venue of choice for the Grand Final of the ABB Formula E Race at Home Challenge, with both races taking place at the historic Tempelhof Airport.

Coverage starts from 15:30 (BST). Click here to find out where to watch.

SATURDAY 6 JUNE 2020 – The penultimate round of the ABB Formula E Race at Home Challenge saw Pascal Wehrlein and Jérôme D’Ambrosio take to the virtual streets of the New York City E-Prix circuit with Mahindra Racing taking back the lead in both the driver and team’s championship battles.

Pascal qualified his #94 M6Electro on the front row of the grid to claim his second Julius Baer pole position of the series. The bonus point for claiming the top grid spot meant he was on equal points in the drivers’ championship before lights out. He kept his lead from start to finish to take the checkered flag with a 3.6-second lead against second place Oliver Rowland in the Nissan e.dams car. Pascal’s win means he reclaims the lead in in the drivers’ championship battle ahead of the finale tomorrow.

Jérôme qualified on row 12. There was action at lights out heading into the first corner, and with the ‘Race Royale’ format the #64 car was classified in 23rd position.

Mahindra Racing’s Challenge Grid driver Lucas Müller also tasted success with his second win of the series, taking a lights to flag victory from pole position. Today’s result moves him up to second in the Driver’s Challenge Championship with just one more race to go.

Pascal is first in the Drivers’ Championship with a seven-point lead heading into the final round on Sunday 7 June 2020. Mahindra Racing tops the Teams’ Championship, eight points ahead of the Mercedes-Benz EQ Formula E team.

4 JUNE 2020, BANBURY, UK – To mark World Environment Day this Friday, 5 June, Mahindra Racing is extending its Season 6 tree planting initiative to the ABB Formula E Race At Home Challenge. The Race at Home Challenge sees Formula E drivers compete in an esports competition during the red flag period of racing due to the Coronavirus pandemic.

Ahead of Season 6, the team announced that for every FANBOOST vote received by the team’s drivers Pascal Wehrlein and Jérôme D’Ambrosio will convert into a tree planted; meaning fans have a direct positive impact on the environment by voting.

Now, as part of this initiative, for every viewer tuning into Twitch at www.twitch.com/fiaformulae for the Race At Home Challenge finale weekend on Saturday 6 and Sunday 7 June starting at 3:30pm BST, Mahindra Racing will plant a tree with a commitment of up to half a million trees.

The initiative is a measure that Mahindra Racing is taking as it continually strives to make positive changes for the environment. A full mature tree can provide a year long oxygen supply to a family of four and can absorb as much as 48 pounds of CO2 per year.

Mahindra Racing was the first, and remains the only, Formula E team to achieve FIA Sustainability Accreditation. The squad first successfully attained its two star rating in November 2016 and, following a periodic audit in February 2019, Mahindra Racing maintained its status in the framework, with the aim of being carbon neutral by 2020.

The team is committed to the FIA environmental certification programme by minimising its environmental impact and working towards achieving carbon neutrality. It also takes learnings from advanced technologies in its race car to apply it to its road cars within its Race to Road initiative, developing and promoting more sustainable transportation solutions. 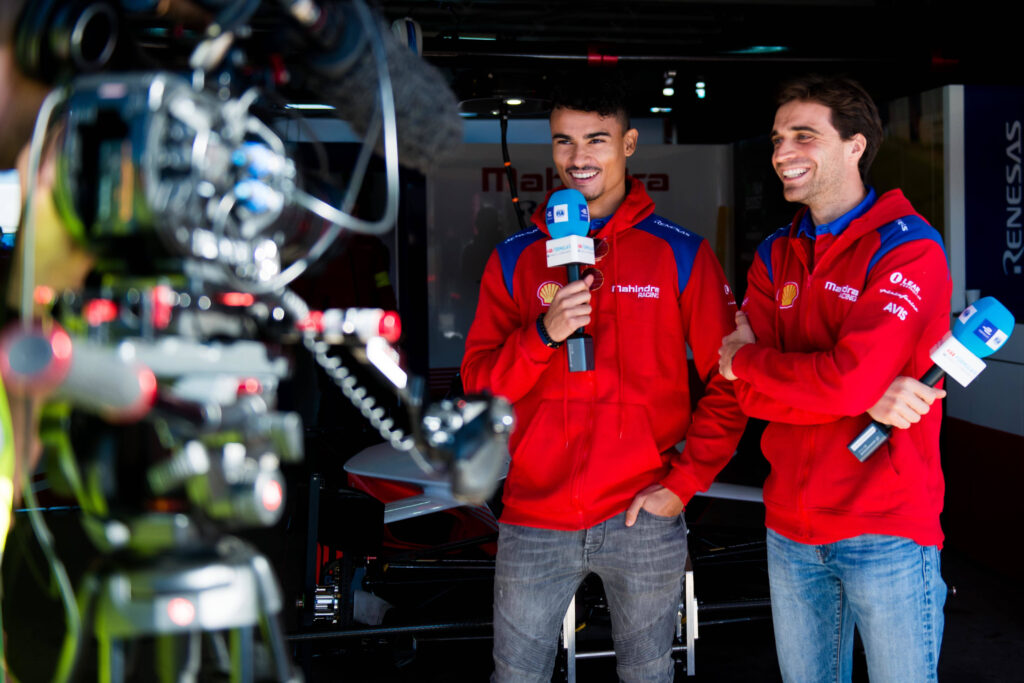 1 June 2020 – Mahindra Racing today announces the launch of Mini Passioneers, a competition to find four children aged 12 and under to put their questions to the team’s drivers; Jerome D’Ambrosio and Pascal Wehrlein.

The contest is open to all children aged 12 and under, from across the world, and the winning four will each join a video call with Jerome and Pascal to interview them using their very own questions.

To enter, participants simply need to email a video of them asking three questions that they would ask Jerome and/or Pascal to competition@mahindraracing.com by 23.59BST on 7 June 2020.

Full T&C’s can be found at www.mahindraracing.com

DILBAGH GILL, CEO AND TEAM PRINCIPAL: “At Mahindra Racing we have the best possible fans! Their support and passion for our team plays such an important part in driving our team forwards and we are always looking for ways to say thank you to them. Our Mini Passioneers competition is offering some of our youngest fans the chance to put their questions to Pascal and Jerome. As a father myself, I know that children really do ask the funniest and most engaging questions, so we can’t wait to see our drivers grilled!”